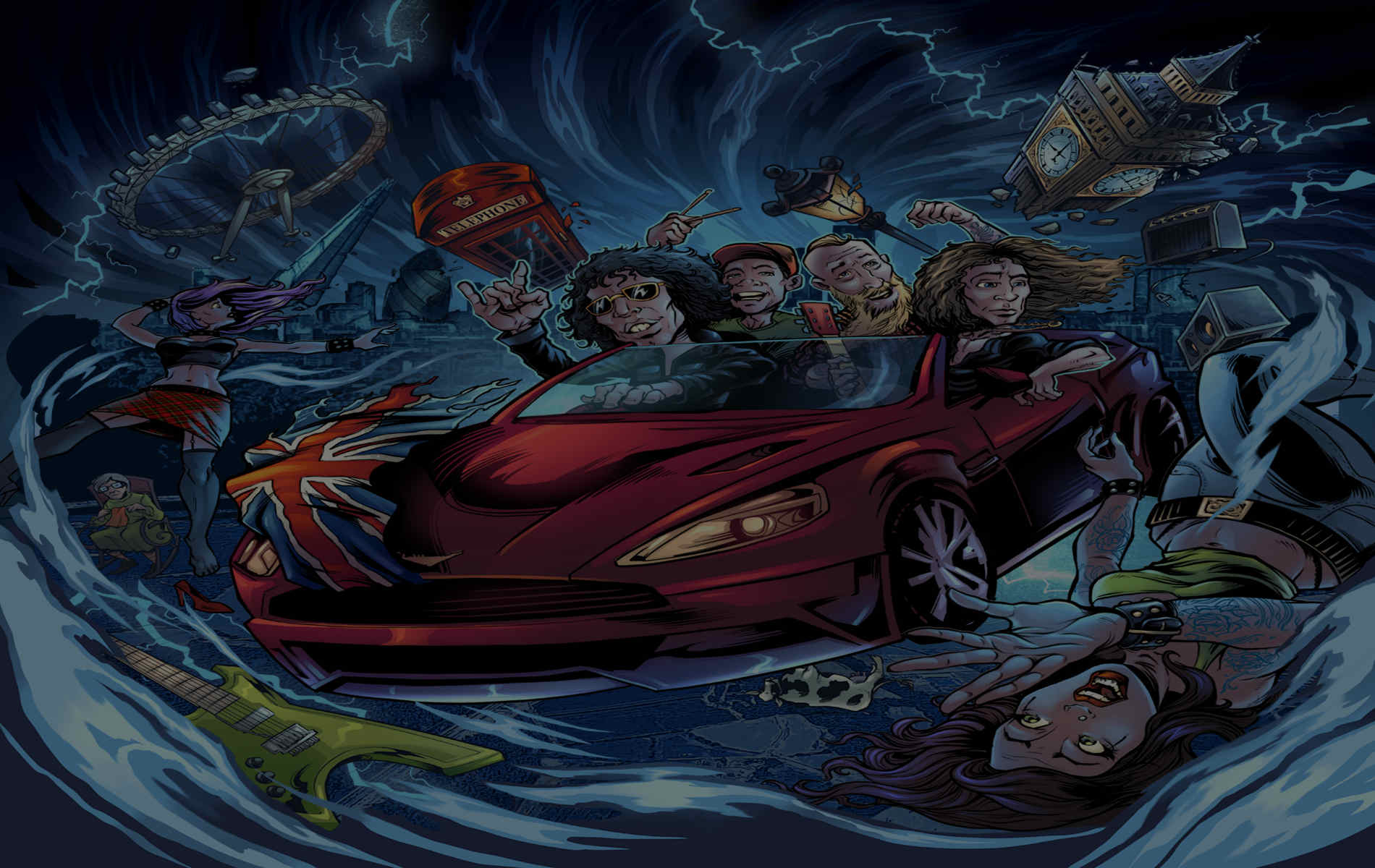 “Watch this one, it’s a curveball. This album delivers alright, but The Jokers have danced away from all expectation to give us something altogether slower, bluesier, cooler. Less bombast, more Bad Company. It’s a clever move, bucking the trend and pleading sanctuary in the arms of blues rock, the sound du jour… A band who made waves with a certain sound, understanding that then turning away to something new. That takes balls. Buffoons need not apply here; this is serious business and these Jokers deliver. 9/10” Steve Swift – Powerplay Magazine – June 2013.

“They sound like a healthy mix of The Black Crowes, Chickenfoot and AC/DC, albeit with their own mojo throughout. They don’t stick with one sound, sounding like Southern rockers one minute, then smooth city chart toppers the next. Opener ‘Silver City’ has a great melody and guitar base, whilst ‘Let It Rock’ is very AC/DC but ‘NYC’ has a wonderful smooth feel backed up by a guitar part that brings to mind the theme from ‘School Of Rock’…The songwriting is stronger and really points to a band that have been there and done a bit more of that, whatever that is… Well done lads, you made a new fan.” Alan Holloway, Fireworks – July / Aug 2013.

Following rave reviews of hugely talented new British classic hard rockers The Jokers upcoming second album, ‘Rock ‘N’ Roll Is Alive’, released on September 2nd via Cargo in the UK (and SPV in the rest of the world), the band have lined up a London launch gig, a new single, several UK festival appearances, and a three week tour of Spain. ‘NYC’, (taken from ‘Rock ‘N’ Roll Is Alive’), will be released as a download single, exclusively bundled with ‘Hell To L.A.’ (taken from the group’s debut album, ‘The Big Rock ‘N’ Roll Show’) in the UK, on September 16th.

On September 10th The Jokers will play a launch party for their new single in London when they co-headline the Borderline with similarly up and coming new rockers Sons Of Icarus. The Jokers have also been confirmed to appear at the Hard Rock Hell VI Festival, in Hafan-Y-Mor, Wales, on Saturday November 30th, and at the newly launched Planet Rock Stock Festival in Great Yarmouth, over the weekend of December 6th – 8th.  All upcoming tour dates are:-

Tickets for the Borderline are available from the box office on 0844 871 8803 and online via Kilimanjaro Live at www.kililive.com/artists/sons-of-icarus-the-jokers

The Jokers, who hail from Liverpool, a city well known for its ability to produce outstanding songwriters from all walks of musical life, formed in 2006 with the aim of forming the world’s greatest rock and roll band. “When we were kids we were inspired by seeing a great rock and roll show that would take you out of your everyday normal life and leave you on a high. There would be the buzz of the crowd, stacks of amps, fireworks, explosions etc…That is what our band is all about – fun and great song craft” explains guitarist Paul Hurst.

The band’s debut album, ‘The Big Rock ‘N’ Roll Show’, was awarded Powerplay Magazine’s album of the month on release in July 2009, went straight on to Planet Rock Radio’s A Playlist and was universally acclaimed for its rare quality. Classic Rock’s Dom Lawson awarded the album 8/10 in the magazine’s summer 2009 issue, stating “If you’re going to start nominating yourself for the intermittently vacant position of rock’n’roll standard bearers, you’d better have the sound, the swagger and the songs. Fortunately, The Jokers have all three in large amounts. This is good time r’n’r with great respect for tradition – and an iPod bursting with The Faces and Mott – but with a modern funkiness redolent of The Stone Roses’ ‘Love Spreads’ and a dash of The Answer’s heaviness. Frontman Wayne Parry has one of those voices designed to incite a riot of dancing and Olympic standard drinking, and every song is alive with a real sense of joyful bonhomie. Most attempts to nail that elusive rock’n’roll spirit fall flat because the band simply don’t have the juice. The Jokers, meanwhile, are swimming in it.”

The Jokers then spent two years on the road building a substantial live following supporting the likes of Hawkwind, Y&T, Joe Elliot & The Down N Outz, Argent, Anvil and Fozzy. Having sold over 8,000 physical CD’s and 6,000 downloads of ‘The Big Rock And Roll Show’, an incredible amount for a totally independent artist on their own label, The Jokers began writing ‘Rock ‘N’ Roll Is Alive’ at the end of 2010, determined to produce an even more outstanding sophomore offering. Fired up, and laden with funds from sales of their debut, they hooked up with producer Andy Macpherson (Eric Clapton, The Who, Barclay James Harvest, The Buzzcocks etc), and began putting tracks down in his Revolution Studio in Cheadle Hulme. When Macpherson heard the potential of the songs that The Jokers were creating, he insisted on perfection in recording every single vocal note, guitar part, and drum thwack. In between recording, (and to pay for all the perfectionist studio sessions) The Jokers spent the subsequent two years gigging round every rock pub and toilet club gig in the North of England, honing their live craft down and testing new songs out to capacity crowds at every concert. ‘Rock ‘N’ Roll Is Alive’ was then finally mastered by Tim Young at Metropolis studios in London in February 2013. 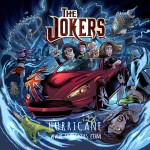